Log in to see your saved listings or edit your searches:

No account? Sign up now to save searches, listings, and get tailored listing notifications. It's free, opt-out anytime. 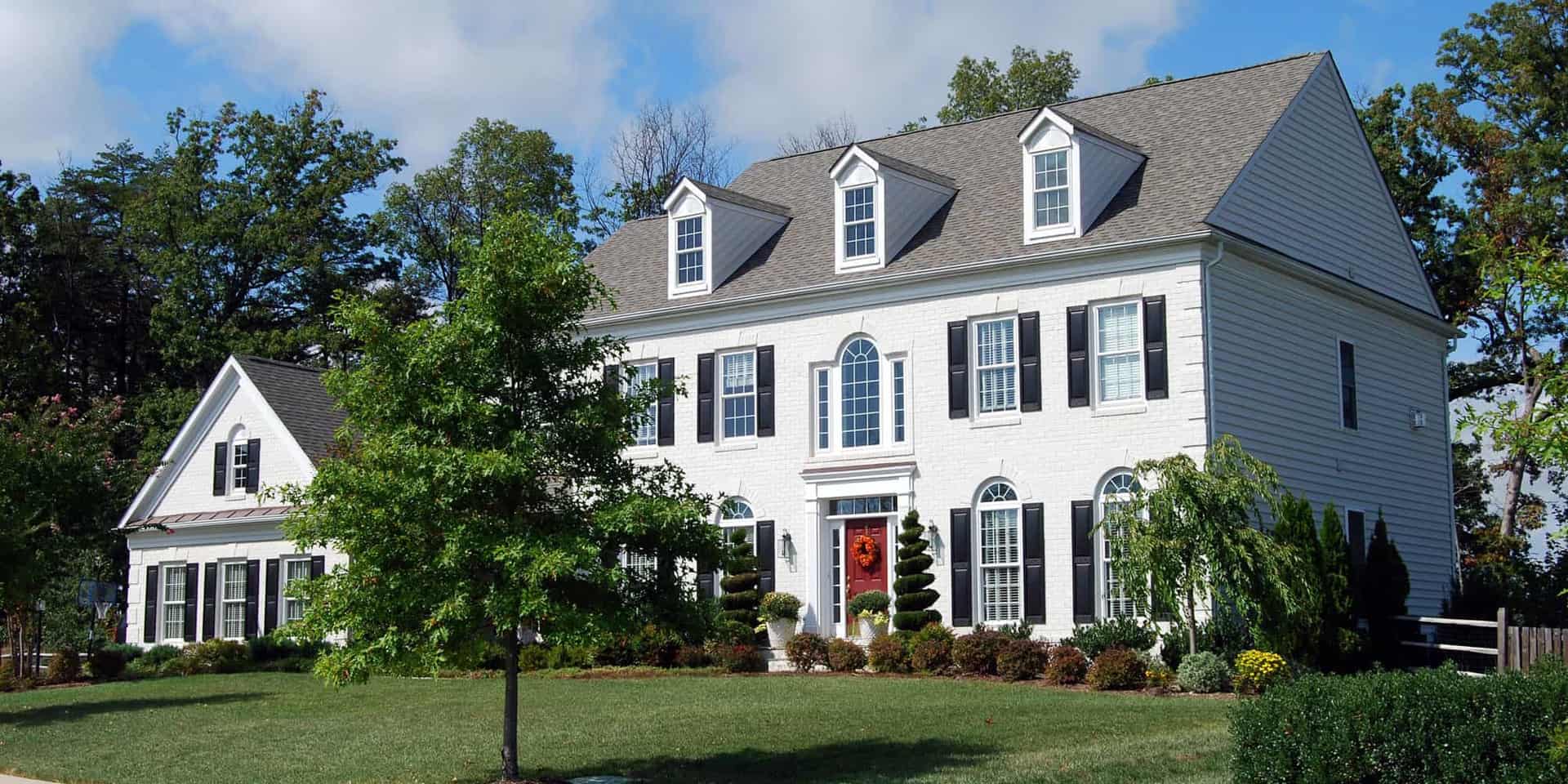 Katharine Hepburn's former Fenwick Estate "Paradise" set on Long Island Sound and built in 1939. In 2005 it was seamlessly renovated to create light-filled rooms while preserving the historical integrity of 8,400sqft of living space on three floors, with six bedrooms suites and seven gas fireplaces. On the Eastern tip of Fenwick 1.5 acres overlooking LI Sound, a private pond, includes 220ft of frontage with a private dock. The gourmet kitchen features: custom cabinetry, a center island, white marble counters, AGA stove, Sub Zero refrigerator. A screened in blue stone porch, is perfect for entertaining and al-fresco dining. All new mechanicals were installed for energy efficiency, restoring the original fireplaces, oversized Thermo pane windows, coffered ceilings, custom built-ins throughout. The executed design is a marriage of history and modern amenities. More than three additional acres were designated by Katharine Hepburn to remain forever open. The conservation parcel is owned and maintained by the Lynde Point Land Trust, thus assuring privacy and unobstructed views. A community of 83 homes, was established in the 1600s and is located where the Long Island Sound meets the Connecticut River. Year round luxury living and entertaining, the private community is known for its golf course, swimming and boating. In the 1930s and 1940s, Howard Hughes landed his seaplane directly in front of the home, and today, the same opportunity awaits its new owner.

Private waterfront property, overlooking Fenwick golf course, South Cove, Connecticut River and Long Island Sound. Meticulously renovated to the finest standards, it embodies all that one could wish for. Designed with quality and elegance, for gracious living and entertaining. With 130ft of waterfront, a fully permitted 100ft dock with power and electrical davit. This beautiful white cedar shingle home has five bedrooms and five and a half baths is served by an elevator. The 24x21ft kitchen features a center island topped with black honed granite and high end appliances; Viking cook top, two Wolf ovens, Sub-Zero refrigerator. The formal dining room has a gas fireplace flanked by custom cabinetry. A bar leads to a ceilinged spacious mahogany porch facing the in-ground heated pool with diving board, surrounded by a blue stone patio and professionally designed gardens. The master bedroom suite has high vaulted and coffered ceilings with a gas fireplace, and adjoining marble master bath with waterworks fixtures. The master sitting room with wrap around windows enjoys fabulous 270 degree water views. French doors lead to a private deck. This beautiful and unique property is set 22ft high and is protected by a 26ft high sea wall.

Imagine the life of a Lighthouse Keeper! Co-ownership of the iconic Saybrook Breakwater Lighthouse is a dream come true with the purchase of this exquisite waterfront compound in the seaside enclave of Fenwick. Plans are to convert the lighthouse into a guest home with both owners sharing equally in the usage and costs. If a Buyer does not want the lighthouse, the current Seller will maintain ownership. Sited by Long Island Sound and the CT River the 7,781 SF house has been constructed with the finest in materials and craftsmanship. This beachfront residence has most rooms overlooking the sea, a stunning chef's kitchen, recreation media room and a roof deck with 360 views. The home enjoys period design and decorative elements including baked oak floors from France, beach stone fireplaces, coffered ceilings, palladium windows, walls and ceilings of bead board and custom paneling trimmed with beautiful crown molding. In addition to cedar roofing, central air, ceiling fans, radiant heated first floor and bathrooms, the home boasts televisions, a music hard drive system and touch panel controls neatly disguised by custom cabinetry and a full service generator. A lighted boardwalk made of IPE wood leads to the beach and a mooring is available. Fenwick offers access to tennis courts, golf course and small yacht club. No detail or expense has been spared in this one of a kind summer dream home. In addition, a separate guest house is also available for those seeking a compound.

You can have it all! Enjoy an enviable location on the fabled "front row" at Fenwick. Mesmerizing ocean views include the outer Saybrook lighthouse. A newly renovated, FEMA compliant shingle-style masterpiece brimming with cottage chic luxe. Superb quality and craftsmanship are found at every turn. The original c.1900 structure has been lovingly restored and seamlessly enhanced to create a modern home while paying respect and homage to its cottage roots. Just a short walk to golf, tennis, beach, yacht club and community activities. A new standard in casual seaside sophistication has been set in the design of this magnificent home. Perfect getaway for relaxation and fun with family and guests. The chef's kitchen features a La Cornue gas oven/range, massive zinc-topped island, multiple Subzero refrigerators, slate sink with hand carved Fenwick-themed apron, pantry, wet bar and adjacent gathering area. Five bedrooms w/full baths ensuite; including master with balcony and "crew quarters" wing with eight berths designed for never-to-be-forgotten slumber parties. A spacious waterside family room w/fieldstone fireplace overlooks the namesake porch w/outdoor fireplace and sunken hot tub. Great combination on a chilly evening! Details include antique chestnut flooring, beamed whitewashed ceilings, shiplap walls and carefully curated specialty lighting fixtures. A property to be cherished for generations. Offered turn-key and fully furnished with the sole exclusion of two paintings.

Stunning, panoramic water views from this extraordinary and pristine home are from sunrise to sunset and into the night skies. Overlooking the wide expanse of Long Island Sound and the two light houses at the mouth of the majestic Connecticut River, the mesmerizing, ever changing views are enjoyed from nearly all rooms. “On a Clear Day You Can See Forever!” The fourteen room, five and a half baths Fenwick home with multiple balconies and decks. A first floor outside covered porch stretches almost the width of the house and faces the beach. Parallel is a stone patio and level lawn, all of which make an ideal area for both grand and intimate entertaining. French doors open to the family room with a wet bar and a pool table. The second floor 20x19 Kitchen and its dining area has wall of windows overlooking the wide, unobstructed views of the Sound. The Master Suite enjoys the same dream views and its French doors open to a balcony. A self-contained two bedroom apartment above the garage has its own private entrance. This three story home, built with the finest craftsmanship, enjoys all the amenities of the Borough of Fenwick, including the famed golf course, tennis, the yacht club, the sandy beach and childrens play area. This exceptional residence is available for immediate occupancy. Half way between Boston and New York it is close to all major transportation.

Income and potential. Property located at corner of Rt. 44 and Rt.195. Listed price is for both 625 Middle Turnpike and 1659 Storrs Rd. Currently has gas station/convenience store with DD and Pizza take out. Second building has Restaurant and Banquet Hall. Balance of property is perfect for Hotel or mixed use housing, retail, office etc.

This classic waterfront cedar shingle home is only a few steps to the long sandy beach. Expansive, wide views of the calm Long Island Sound are enjoyed from sunrise to sunset. In the distance, the light house marks the entrance to the Connecticut River. Wrap around covered porches with columns are on the first and second floors of this impressive, three story, 12 bedroom 6 and ½ baths home. The long kitchen has a crescent banquet with windows for informal dining, the perfect setting for breakfast with family and guests. A swing door opens to the formal dining room with a fireplace. At the opposite end is a large, antique lead paned window. Walls and ceiling are richly stained bead board complimenting the wood floors; a theme that is throughout the home. The living room's focal point is the original large Herringbone patterned brick fireplace. Twin corner banquets flank a glass door leading to the porch. The second floor master suite has a wall of windows overlooking the Sound. A glass paneled door leads to the porch. The spacious master bath has a Jacuzzi tub and fireplace, a private shower room and twin basins. Most guest rooms have basins. The third floor has additional guest rooms, an office and a large bed room with the extraordinary water views. The Borough of Fenwick is famed for its unique family life style, the golf course, tennis, swimming, boating and summer events. Half way between New York and Boston, Fenwick is close to all major transportation.

Simply amazing! Fabulous views, spectacular details!This well thought out residence was built to exacting standards.Geothermal heat, smart house technology, and the finest of everything. Decadent pool and a enormous flat yard leading to the endless views!

Old Canal Complex consists of one and 2-story structure built on a slab. A Mill-style building with a steel frame, concrete block, and brick exterior on a single parcel of 5.13 Acres. The property is currently largely owner and tenant-occupied, specifically there are a total of 28 flex-use, light industrial, and commercial units between the ground floor and the upper floor of various size, layouts, and configurations. The property is approximately 111,653 square feet, in total. No items of deferred maintenance noted. Excellent Property with a high performing rent roll. Twenty-seven out of 28 units are leased and the 2800 square-foot, residential penthouse suite is ideal for an onsite manager or office conversion. City sewer connections are all brand new, new air conditioning and heating units throughout the entire building. Ideal location for quick highway access.

Information contained in this Smart MLS listing has been compiled from various sources, all of which may not be completely accurate. Smart MLS makes no warranty or representation as to the accuracy of listing information. All information that influences a decision to purchase a listed property should be independently verified by the purchaser. Copyright 2017 Smart MLS, Inc. All rights reserved.

Call Us
Email Us

Customize your search and receive updates